Bullying: The Playground Plague That Affects 1 in 3 Children 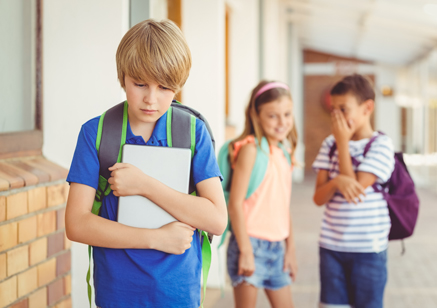 If it’s true we have a bullying epidemic in our country right now, then I’ve experienced the illness.

I was twelve, maybe thirteen years old. Small and skinny and weighing in at 72 lbs wet, life overall was pretty good when for no known reason Jeff and Keith decided to make my life a daily nightmare.

They hid behind evergreens and crawled out from under cars. They ran at me screaming, and stealthily rode up on bikes. If I was lucky when they caught me, they knocked me to the ground and only kicked. If I wasn’t, they hit much harder, tore up homework, and did stuff to embarrass me.

That was a generation ago, when one in seven American children was a victim of bullying. Today one in three children is seriously bullied sometime during their childhood life.

Ouch! Our societal corpus cries out. Enough! What can we do about it?

As with all things cumbersome, embarrassing, and hard, first we need to learn about the problem. Then we sit down with our children and talk.

On any given day, 160,000 children in America skip school to avoid being bullied. They then become truants and in trouble with their parents, teachers and sometimes the law. The problem escalates; out of every 10 students who drops out of school does so because of repeated bullying.

And while we think of bullying as being one kid slamming another kid up against a locker, there are actually four distinct forms of this social disease:

Bullying doesn’t just happen like a spontaneous playground fight; it’s an intentional, aggressive and well-thought out act. It is also repetitive in nature, and always involves an unequal balance of power. Yes, the aggressor may be physically more powerful than the victim. Then again, maybe the victim is bigger or physically stronger, but his spirit or self-confidence has been broken through years of neglect or abuse at home. Their vulnerability is easily spotted by the bully.

The three parties to bullying are:

Waiting for our child to tell us they are a victim of bullying isn’t enough since adults are told only 40 percent of the time because:

Some signs that point to a bullying problem with your child are:

Even if bullying isn’t an issue in your house right now, your child needs to be prepared in case it ever does happen. Lovingly let your children know you are aware of bullying and that if they are bullied or harassed – or see it happening to someone else – it’s important they talk to you or another adult (i.e. a teacher or counselor) about it.

If your child does tell you, listen calmly and completely, and don’t immediately react. Kids often worry their parents will be disappointed or just make the problem worse.

Five smart strategies to teach your children to keep them from becoming targets are:

Like with a grass fire, the way to respond if a persistent bully targets your child is quickly and firmly:

The more you teach your children about the dynamics of bullying, the less likely they are to become victims. They know the problem exists; we parents can make them aware that we know it too. If there’s a problem, together we will find the solution.

******* This article was originally written for the October 2015 issue of Inspired Woman Magazine InspiredWomanOnline.com 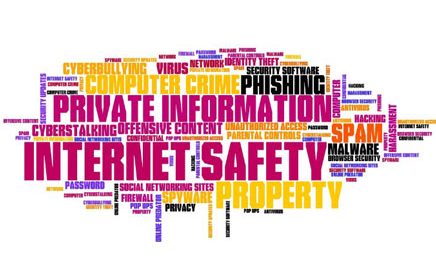 Planet Internet: The World’s Most Amazing (and Dangerous) Non-Place

The History of Crying Hill

The threats are real. As parents and caretakers, we need to understand enough about the internet to help keep our children safe. END_OF_DOCUMENT_TOKEN_TO_BE_REPLACED

Bullying doesn’t just happen like a spontaneous playground fight; it’s an intentional, aggressive and well-thought out act. It is also repetitive in nature, and always involves an unequal balance of power. END_OF_DOCUMENT_TOKEN_TO_BE_REPLACED