by: Patrick Atkinson and Ernesto Atkinson

An international classic that has been enjoyed by millions for nearly 40 years, this simple, powerful and beautifully illustrated book by father-son team Patrick and Ernesto Atkinson is just for you.

Available at Amazon, Barnes & Noble, IndieBound, and your favorite bookstore!

Empowering people of all ages with a message that is timeless. You’re growing older, your friends are changing, and your world is more challenging than ever. You are never alone but when everything is said and done, you alone make most of your decisions. This simple, powerful, and beautifully illustrated book written in English and Spanish by father–son team Patrick and Ernesto Atkinson is just for you as you discover how to take personal responsibility, feel good about yourself and celebrate your life’s victories!

This book is an international classic that has been enjoyed by millions. It is entered into the Permanent Collection of the Art Institute of Chicago and is the Winner of 3 National Awards!

About the Author:
Patrick Atkinson
Patrick John Atkinson was raised in Bismarck, North Dakota and attended Minnesota State University-Moorhead. After graduation in 1981, Patrick turned down lucrative corporate job offers to work with runaways, prostitutes and gang members in New York City’s Hell’s Kitchen. Two years later, Patrick moved to Central America where he began a twenty-five-year international career in war-zone reconciliation and post-war reconstruction. He has been knighted, is the recipient of numerous human rights awards (including the Guatemalan Congressional Medal) and is the subject of the biography, The Dream Maker, by Monica Hannan. Patrick is most proud of having been named Father of the Year by his son, Ernesto, this books illustrator. He is the founder and executive director of the Institute for Trafficked, Exploited & Missing Persons (ITEMP). He is the author/co-author of six books, and is simultaneously working on books seven, eight, and nine. When not being shot at, knifed, caught in car-bombings, or traveling worldwide advocation on behalf of abused, abandoned, or human-trafficking victims, Patrick resided in Bismarck, North Dakota, in Guatemala, Central America, and at Hippo Wallow Pond; his family home outside of Minneapolis, Minnesota

About the Illustrator:
Ernesto Atkinson
Ernesto “Neto” Atkinson was born and raised in Antigua, Guatemala. Even as a young boy, Ernesto expressed a great interest in art, and over the years his artistic influences grew with tremendous passion. After graduating from El Gran Moyas High School in 1999, Ernesto traveled the world where he explored the arts and understanding of the human existence. He attended North Dakota State University where he began an architectural career but later focused more on the arts. He graduated in 2007 with a degree in visual arts. He earned his Masters in Art Therapy from the School of the Art Institute of Chicago, and is both a professional artist and practicing Licensed Professional Counselor. His first book, ‘Integration Art’, in which he will present his innovative client centered, seven-step therapeutic process, is expected out soon. He has been called “an artist who truly sees art as an active agent of change”; his work represents a contemporary movement which observes his experiences with everyday life, political and religious concepts, and philosophies. Ernesto’s art is a mix of different media that represents the different faces and dissimilarities of society with her incomparable and multiple textures and colors. Ernesto resides with his family in Milwaukee, Wisconsin, works nationally, and displays his art online and through galleries worldwide. 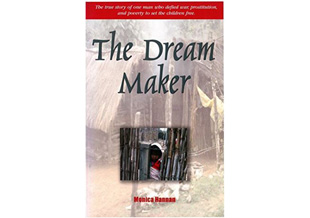 The Dream Maker by Monica Hannan 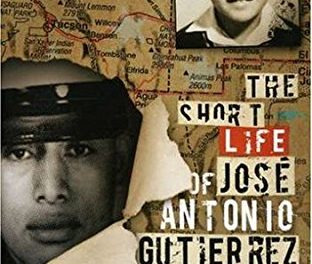 Living without Restraint: Combatting Fear in Pursuit of Service – TEDx

An international classic that has been enjoyed by millions for nearly 40 years, this simple, powerful and beautifully illustrated book is just for you. END_OF_DOCUMENT_TOKEN_TO_BE_REPLACED