From the Streets of Guatamala to the deserts of Iraq. The story of a green-card soldier

The Short Life of Jose Antonio Gutierrez recounts the life of the first U.S. casualty of Operation Iraqi Freedom. Jose Antonio Gutierrez, was one of the 32,000 Latinos soldiers sent to Afghanistan and Iraq after 9/11. He joined the Marine Corps when President George W. Bush offered fast naturalization to green card holders in exchange for enlisting in the United States Army. Born in the 1970’s, he started his life by fleeing the military massacre of 200,000 Indians in the Guatemala Highlands to become a homeless street kid in Guatemala City. As the documentary states he was born into one war and died in another.

… Through the retelling of Jose’s life the viewer can see into his world by being introduced to those who are taking his same voyage and are still living his existence.

Living without Restraint: Combatting Fear in Pursuit of Service – TEDx 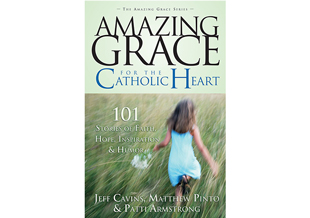 Amazing Grace for the Catholic Heart

Through The GOD's CHILD Project family of organizations, care facilities and teams of volunteers, the mission to "Break the Bitter Chains of Poverty" is brought to life. END_OF_DOCUMENT_TOKEN_TO_BE_REPLACED

A young Mayan survivor of Guatemala's civil war realizes her dream of becoming a lawyer 15 years after being rescued as a child. END_OF_DOCUMENT_TOKEN_TO_BE_REPLACED